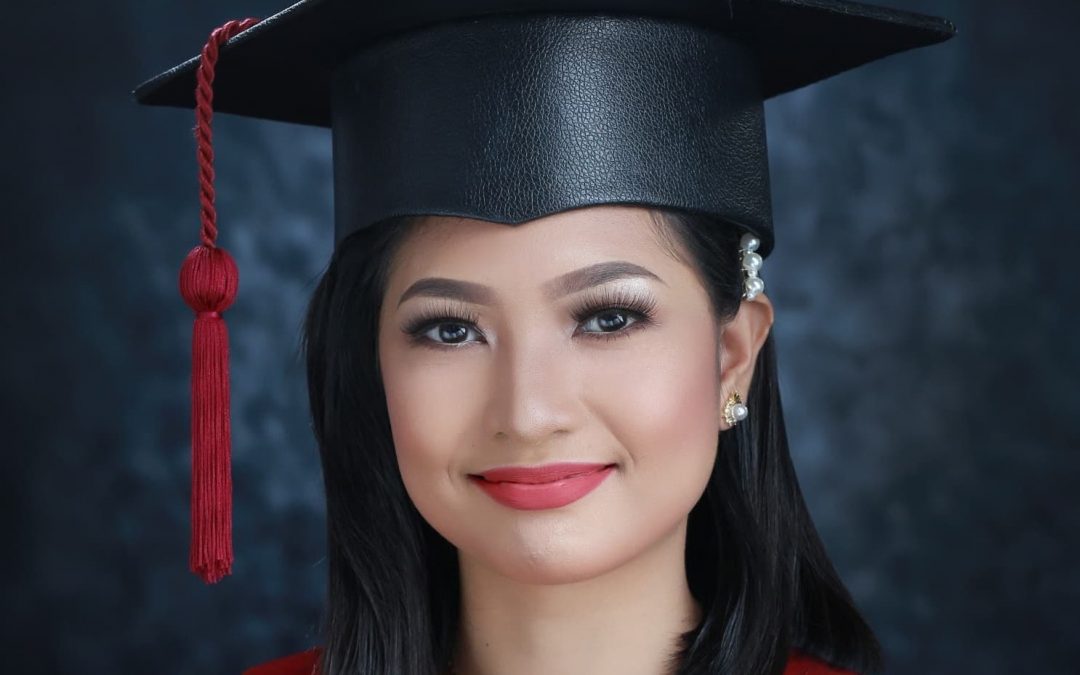 In January 2021, Ms. Koleen L. Bacud officially received her diploma in B.S. Civil Engineering from the Cagayan State University in Tuguegarao, after completing some projects that were delayed by the Covid-19 pandemic. Despite the delay, Ms. Bacud was awarded the diploma as of June 2020, making her the fourth PACES scholar to have graduated in 2020.

The year 2020 marks a milestone for PACES and the STEMS70 scholarship program. All four STEMS70 scholars, who were awarded scholarships in 2017 completed their bachelor’s degrees in the years 2019 and 2020, marking a 100% completion rate. Despite the raging pandemic in 2020, the last three scholars finished their studies in time. As previously reported here, Mr. Kenneth Dave B. Borja and Ms. Cathrine M. Madlangbayan obtained B.S. Metallurgical Engineering and B.S. Civil Engineering degrees, respectively, from Mindanao State University (MSU-IIT) and Batangas State University. This is in addition to Mr. Jhun Michael G. Aballa, the first scholar to graduate in 2019.

Koleen Bacud has been on the Dean’s list, and used to work in the school’s Guidance Office before she was accepted into the STEMS70 program. She is a product of the Cagayan National High School and the Solana South Central School where she garnered academic honors. Koleen was inspired while still in high school to study Civil Engineering when her wooden family house was blown down by typhoon winds. Ironically, two strong typhoons ravaged the Cagayan Valley toward the end of 2020, just as she was completing her academic requirements. Koleen is the second child of Joel B. and Myrna L. Bacud.

All three engineering graduates are reviewing for their respective government licensure examinations to become full fledged engineers. Mr. Aballa is working as a process engineer in an IT company in the Philippines. The STEMS70 scholarship provided each of the scholars with a monthly living allowance, tuition and school fees, as well as book, uniform, and other allowances.

PACES is assisted in administering the scholarships in the Philippines by CFC-ANCOP (Answering the Cry of the Poor), an organization that provides programs and projects for the needy.

Lord knows dreams are hard to follow,
But don’t let anyone tear them away.
Just hold on. There will be tomorrow,
And in time you’ll find the way.
–From “Hero,” by Mariah Carey